The main focus of the association's work is the promotion of the Joy Junior Academy. For 5 years, the association supports the work of the teachers to give the poorer children of Nairobi a good quality of access to education

Concept of the school: Informal school

complete and regular payment of the teachers

Joyce Muhonja is the head and main initiator of the school, which now has more than 100 students. Joyce founded the school as a kind of neighborhood initiative with other dedicated women from her area. They wanted to do something about the fact that many children in the area did not receive a school education and spent the day on the street.
In the beginning, the school consisted of nothing more than a small corrugated iron shed in which all classes learned together. There were two full-time positions, Joyce, who taught all children up to Grade 5, and a nursery school teacher.

The majority of the students could not pay the then applied school fees of the equivalent of 3, – Euro, which is why financial difficulties did not fail. Joyce often could not pay the rent regularly. By a lucky coincidence, members of Joyce’s staff were able to get work done, and support was quickly provided.

The school was able to move after a year of existence with the support from Germany in a larger, safe stone house.
Since then, the school has developed constantly. From 2012 – 2017, the number of students doubled from 50 to 100 students.
Four more teachers were hired and more stone rooms were rented.

In the summer of 2017, the school moved again, so that the grounds of Joy Junior Academy now includes a closed area with 7 corrugated iron shed and 2 stone rooms.

Joyce Ziambo is the main initiator of the school, keeping her abreast of her dedicated and selfless actions. Without their fighting spirit, which is undoubtedly needed to build a school in a poor area with little financial support, many children would still be out and about on the dirty streets of the slums without education or perspective.
Since Joyce became involved with the school, she never received a full salary.
When she founded the school, she financed spending by begging in wealthy areas and persuading individuals to give her a little money to push the project forward. So the beginning was a particularly difficult time for Joyce, who spent every minute of her time in the development of the school.
Joyce is very much at school, which is why she often sets herself back.
So she took over again and again smaller items for individual children, if the club could not provide money. She bought new shoes or brought home-made food for especially needy children. As of December 2017, Joyce also gets a small, regular salary of 50 euros that she invests in the education of her eldest son to the last cent. She mainly finances her living through the support of her family. Joyce is widowed and has two children, the younger of whom is taught at the Joy Junior Academy. Due to Joyce’s low income, the school fees for her child are also funded through the partnership program.

The idea of partnering was born from the fact that several students can not afford the school fees. Nevertheless, the school wants to provide education for all students. Therefore, it was agreed that Joyce rejects no students due to lack of money, but all without exception receives. In return, we try to support all students in Germany through "partnership programs". A supporter is usually assigned to a child at random. For this child, the supporter then pays the monthly school fees of 3 euros.

We consciously avoid making closer contact between the supporter and the partner because the child may have unrealistic hopes for the supporter. The supporter learns about the results and news of the child as often as he wishes. At the end of elementary school, the supporter is free whether he wants to accompany the child financially through secondary school.

With the monthly donations that we raise, we primarily finance the teachers' salaries and the rent for the stone building. However, as required, other items are covered, which may well vary. For example, teaching materials for poorer students, fees due for various Kenyan authorities and sports equipment have been taken over. 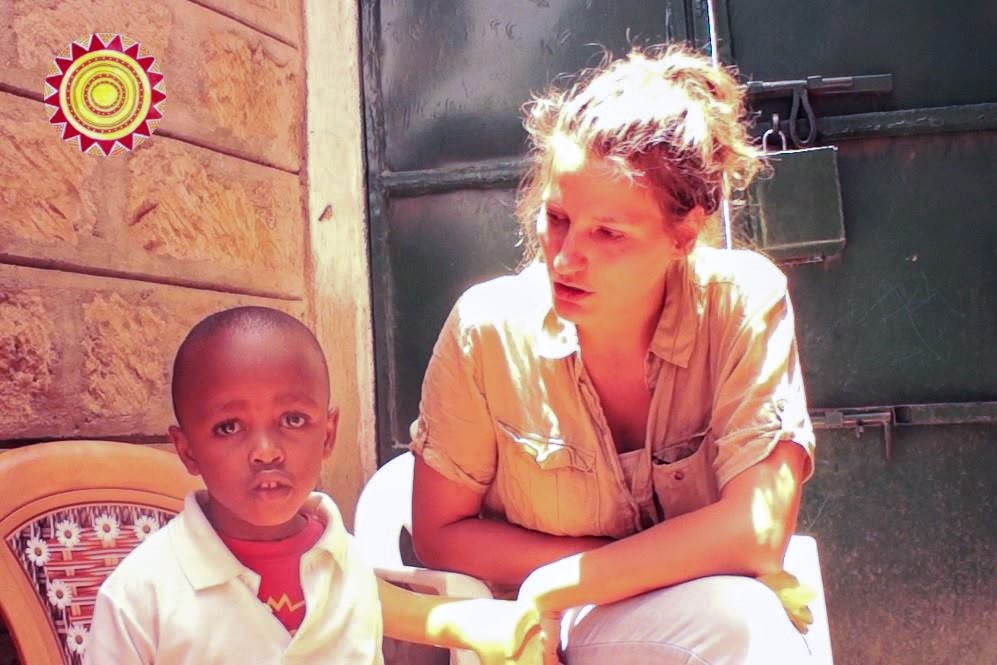 Interview with Peter, student at the Joy Junior Academy